I’m raising money in aid of Abigail’s Footsteps, in Memory of My Son Henrie for his 1st Birthday on 29th August 2020 I’ll be taking part in a SkyDive to help raise Money for Bereavement Support. It costs £950 for 25 Midwifes to attend the course. I would also like to raise the funds for a Family Bereavement Workshop that supports Siblings too just like my Daughter, who is old enough and needs the support to move forward .

More information about Abigail’s Footsteps: Abigail’s Footsteps was launched in 2010 by parents Jo and David Ward following the death of their daughter Abigail who was stillborn at 41 weeks’ gestation. Abigail’s Footsteps aims to relieve the suffering of parents and their families who suffer bereavement through the death of a baby before or at birth, and to advance the knowledge and expertise of healthcare professionals and others in supporting and dealing with the effects of such a death on the bereaved. Sole UK supplier of the Abi cooling Cot. I have already raised the money for an Abi Cooling Cot when I lost my Son Henrie and placed it into a hospital that needed one so families could spend more time with their baby.

Please donate what you can to support this amazing charity in the hope that fewer families have to experience the heartache and loss that we have. Elisha’s fundraising Donation Page

Are you hosting an event in aid of Abigail’s Footsteps? Let us know if you are, we would love to help you make it a success.

To find out more visit our fundraising page for idea’s and top tips. 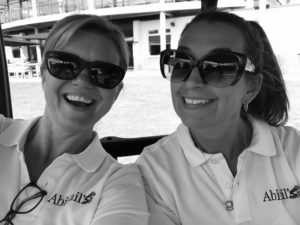